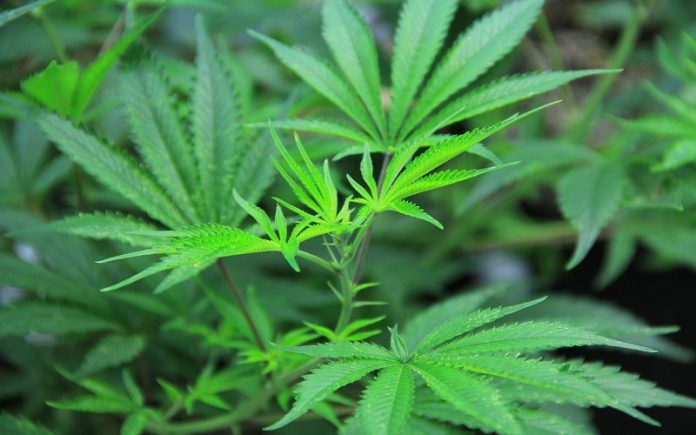 One of the characteristics of the cannabis plant is that it gives off an intense aroma, especially during its flowering stage or when burned while smoking it. The molecules responsible for this aroma and flavor of marijuana are terpenes, a vast and diverse class of organic compounds derived from isoprene, a 5-carbon carbohydrate produced naturally in animals and plants, being one of the most common hydrides in the human body. All organisms use some type of terpenoids as part of the synthesis process of new cells and other biological compounds.

Terpenes are the main compound of the essential oils found in most plants, fruits and flowers, such as lavender, pine, lemon or cannabis, among others. Each variety has a specific and unique terpene profile, which will determine exactly its aroma and flavor, as well as its own medicinal properties.

The terpenes effect of a given strain of cannabis is given by the interaction between those terpenes, different cannabinoids and other compounds present in the resin. The consumption of pure THC tends to generate anxiety in many users, while the mixture of cannabinoids, terpenes, flavonoids and other substances that the cannabis plant contains mitigates and moderates these effects, making them much more pleasant and bearable, which is why consumers and patients almost always prefer the plant over pure cannabinoids.

Recently, terpenes have been found to act as modulators of the effect produced by THC and other cannabinoids. Those who study the cannabis plant are beginning to understand the complex interaction that occurs between the compounds present in this plant. Terpenes are valuable because they modify the effect of primary cannabinoids like THC and CBD, as well as being therapeutic on their own. The synergistic effect of the terpenes and cannabinoids combined is known as the “entourage effect”.

Some researchers theorize that terpenes and the entourage effect cause the differences in what people usually feel while consuming indica or sativa cannabis strains. In a 2011 revision published by the British Journal of Pharmacology, we can find the effects of various terpenes, which are also present in some foods we regularly consume:

Myrcene: It is a terpene found in cannabis that has been shown to be anti-inflammatory, analgesic, sedative and antibiotic. Mangoes are high in myrcene and are believed to increase the effect of cannabis when smoked (It turns out that there is both anecdotal and scientific evidence to back up that claim!). Myrcene can also be found in lemongrass, hops, and bay leaves.

Pinene: This is one of the most common terpenes in nature, it is found mainly in trees and the cannabis plant. It has been shown to have anti-inflammatory properties, it is a bronchodilator, and it helps improving memory and mood. It can also be found in pine nuts and can increase the mood enhancing properties of cannabis while reducing memory loss.

Caryophyllene: This terpene has been shown to bind to CB-2 receptors in our body, just like CBD does. Because of this association, it has been shown in several studies that in can help reduce pain, reduce inflammation, immunity, and act as an antimalarial. Broccoli is a vegetable with high concentrations of this terpene and, although it may not affect the psychoactive effect you get while smoking, there is scientific evidence that when consumed, it can help relieve neuropathic pain and the anti-inflammatory effects of cannabis. Another study even indicated that the body does not develop tolerance to caryophyllene as it does with many synthetic pain relievers.

Linalool: There is evidence that linalool has psychotropic properties and that it can provide sedative effects to the consumer. This terpene is mainly found in lavender, and it can help improve your sleep habits as well.

The most common and abundant terpenes in cannabis, such as myrcene, can reach concentrations of up to 60% of the essential oil, but there are others present in much lower amounts, at almost 0.1%. It is known that the combination of terpenes present in the cannabis plant is different in each strain, so this information is commonly used to trace the genetic origin of a plant.

What is the best way to maximize terpenes concentrations?

As cannabis experts experiment with different strains and breeding conditions for cannabis, one thing is for sure: smoking and vaping have a more powerful effect than an isolated extract of pure THC or CBD, since one of the main differences between those two is the presence of additional terpenoids and cannabinoids.

Terpenes are known to be much more volatile than cannabinoids and will often be the first chemical to evaporate or break down when high temperatures are applied to the plant. Therefore, for best results, it is advisable to vaporize your flowers or eat edibles made with terpene extract. It is important to note that many edibles are made with isolated THC and do not contain all the diversity of terpenes and cannabinoids that are usually present in the flower, so we recommend that you do your research before making any purchase.

Alternatively, some people have experimented with adding refined isolated terpenes to extracts that have lost their terpenes due to high temperature extraction, or even to pure THC and CBD distillates. Terpenes can be purchased from many vendors as they do not need to be refined from cannabis and are legal.

Of course, the exact way terpenes affect us is still being debated, with new research and discoveries constantly coming to light. This is just the beginning of understanding how the chemical compounds produced by cannabis flowers (cannabinoids) interact with each other and how that interaction can affect each individual.

What exactly is the newly popular Delta 8 THC?

How Using CBD Can Help You to Take Control over Your...